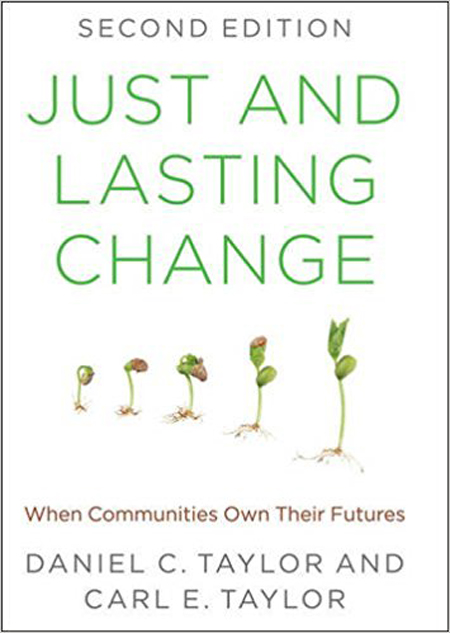 When Communities Own Their Futures

Excerpted from Chapter 1
Just & Lasting Change: When Communities Own Their Futures 2nd Edition

SEED-SCALE describes how aspirations, one of the most powerful of human energies, can be harnessed. A dynamic, which we call the revolution of rising aspirations, connects aspirations and actions in a feedback loop. What people desire leads to action, which in turn leads to new aspirations. Thus, opportunity for better lives is available to everyone. It does not require a resource that people do not have, or special technologies. Better lives are possible by humans learning to utilize what they have more effectively; they can learn that now, and apply it anywhere.

Although technology is impressive, the key to building better lives is not a series of technical breakthroughs, but changes in peoples' behavior. This is a book about how to change the way we behave. First, we must see that a more just and lasting change is possible. Illustrating that is one feature of this volume, which is a set of demonstrations, but it also shows how to achieve a more just and lasting future. Undergirding all such people-led transformations are four principles:

These four principles all center on the objective of a rising quality of life. People do not want to give up aspects of the good life they already have--they want more. The first principle tells where to start. The second outlines the team. The third guides the journey. And the fourth points to what must be done--indeed, what everyone is capable of doing.

The opportunity now presented is to direct all of this to a more just and lasting future. Our world changes around us. To keep abreast, we continually adapt our needs to optimize all that is affecting the lives we lead to fit our circumstances. We change locally, but the new life-feature is that in doing so, we must take advantage of the changing global context. The world is now interconnected. Local scope is no longer adequate; we must engage globally but act locally.

Global engagement can be random, with victimization resulting from processes of entropy. Or this engagement can be done intentionally, which leads to local improvement by working with what's working and using what is succeeding. The team to accomplish this is a three-way partnership, guided by facts that can cross factions and present an accurate understanding of the real world. Role reallocation results in more-effective behaviors.

Earlier efforts to define the dynamics of social change often failed, because they focused on one input, usually money (something that is hard to get); one kind of leadership (usually that of an expert, who might not know the local context); needs (which meant building from what was broken in the community); and a search for answers (i.e., "deliverables," which often meant proof to a donor, rather than to the people affected by a change). Several principles are operating in such traditional social change: the expert knows best, direction comes from plans, people should focus on problems, and action is implemented through a resource people compete over.

But it is possible to have people direct themselves and take the complexities of local realities into account. Such bottom-up growth does not magically happen. Grass provides an analogy. For bottom-up growth from its roots, grass needs top-down nourishment from sun and rain and outside-in nourishment from soil micronutrients. Similarly, community growth requires a partnership. If done-by-themselves change was possible, then more communities, recognizing this self-interest, would have achieved their aspirations long ago.

Community (as we use the term) is any group that has something in common and has the potential to act together. Usually communities consist of people who live in a geographic region and interact as a cohesive unit. But there are other communities--unions, religious groups, ethnic alliances, and the like--that can also organize. Most people are members of multiple communities. A defining characteristic is that a community functions best if it is small enough so people either know or know about one another and can organize for joint action.

It is possible to build from one or several community-based projects and, using these as learning and extension centers, scale up across a region. SEED-SCALE advocates having this expansion happen by using larger regional frameworks to reinforce the local one. Thus, a community is being enabled by the system, not fighting it, so local solutions self-assemble across the region. This internal-growth approach contrasts with methods that seek changes driven by external funding and prescribed solutions. It does not matter whether these external answers come from religious dogmas, international aid, Marxism, politicians seeking office, or even advertisements from the consumer society; external prescriptions increasingly bombard and are trying to change the local sphere.

Communities are continually being told what to do by many outside groups, and SEED-SCALE helps people productively engage these externalities. With their collective local energies, communities then allocate their local resources--and also interact with the global bombardments. And as communities get better with local allocation, they learn to engage the forces from outside more effectively. Over time, community-specific solutions build to a momentum strong enough to redirect the larger forces. Such community-specific growth occurs through an iteration of seven tasks.

We ride the socio-econo-info-biosphere together. We are in an age of rising risks. We need a mode of engaging challenges that is both reliable and affordable. Even wealthy societies are increasingly unable to care for their growing numbers of the poor, of alienated youth, of the forgotten elderly, of marginalized mothers, of the hostile homeless, and of exploited minorities. But every community has its priorities. This book advances a process through which local priorities can become the bases for global actions. In doing so, the socio-econo-biosphere starts to heal itself.