I viewed Nature’s purpose, when growing up, as to serve me: a place for fun and whose animals it was OK to kill. A different view is held now. My actions must pass on to the future the vibrancy of the wild. And this has been the most exciting discovery. The wild is not being controlled by human intention. In joining within being controlled by Nature comes Life.

It is clear: Nature Mama Rules. Humanity has most disturbingly shaped new balance to Nature, but, in response, Nature is now balancing all Life and will restructure how Humanity will live. We have the opportunity now to join with Nature in partnership. (If we do not focus all our actions toward this, we will be victimized.) My earlier conceit of controlling Nature is gone.

The span of my life has seen the numbers of people on planet triple, witnessed rippling savannas with herds of hundreds of black buck be first plowed into wheat fields, and now alkaline infertile plains. From a childhood accompanying grandfather and father to hunt tiger, to now working as the once near extinct snow leopard recovers its numbers due to communities changing behaviors—I look forward with hope.

What will give humans (and all Life) a sustainable world home is moving into a new understanding of our partnership with Nature: stewardship and how to exercise these. We can shape how to live with Nature—and Nature to live with us.

From the house built with my hands, the view looks across a million acres of mountains and forests. No other house can be seen. Living with Nature’s wealth taught me that, even in human-made cities, that everywhere we live is surrounded by Nature.

I may like to live at the end of four miles of dirt road, and in winter to sometimes snowshoe home. Most will prefer to live where their feet do not get muddy or they can call on others for help. But wherever, Nature is always with us. In mutual interaction with Nature we grow, and Nature changes.

Nature advances planting a tree in a city. Living at the end of a dirt road I was able to protect 400 acres in the USA and turn it into a school for children cities to learn about Nature. Extending a childhood quest, I unraveled the mystery of the Yeti and launched nature preserves protecting 60 million acres. Two parks surround four of the world’s six highest mountains, link Nepal and China, and showcase the most spectacular wildness on Earth. We must bring Nature to us.

In all instances, preservation came by bringing people together—people came inside Nature, learning to change their behaviors. The world, on which we now live, is protected not by separating from Nature (people and cities one place and national parks other places)—the future will be healthy when we recognize we are one with Nature. Not apart, our opportunity is to grow interconnection.

We can make a new Earth—not in controlling it but joining with intentionality in its shaping. Along with the nature preserves where I’ve led are three monasteries restored on one side of the planet as well as a 264-year-old mill on Earth’s other side. Monasteries and mill were all falling down when I acted—things fall down because people find reasons for not acting. I did not have power. I certainly did not have money. Change came because action was taken—and action gathered the force to do work and the money.

As We Got Started, Working in Partnership with Government, Creating the Qomolangma (Everest) National Nature Preserve, then Lhalu/Lhasa Wetlands, then other Nature Preserves

So Focus Shifted to Removing the Incentive to Exploit. The Exploitation of Timber Was One Action—350 Trucks Carrying Cut Logs Had Been Going Out into Mainland China—Another Action was to Remove the Financial Incentive for Selling Wild Animal Pelts and Body Parts. Killing was OK, but Selling was Not

Historically, Wildlife Killing Was Not So Destructive, as Hunting Done by Mussleoading Muskets

The Tibetan Antelopes have the Most Prized Fur in the World—Shatoosh “wool of kings”. Their horns are powerful medicine too.

Female Tibetan Antelopes Gather In Gigantic Herds to Give Birth – For a Decade Before, Thousands had Been Massacred, Often by Machine Gun Fire, Their Pelts Then Stripped of the Soft Inner Fur.

The Black-necked Crane Had Become Highly Endangered. Its Wetland Habitat Needed for Breeding Was Being Transferred into Agricultural Uses.

The Answer for All the Wildlife Recovery Was BOTH Removing the Financial Incentives Across All of the Tibet Autonomous Region AND ALSO Establishing Protected Preserve Pockets for Their Reproduction.

In 1994, work focused on community development in Qomolangma (Mt. Everest) National Nature Preserve. Extensive meetings were needed in the city of Lhasa, and a friendship began with the Mayor. It was obvious that major expansion of the city was underway—homes were encroaching into spectacular wetlands a short walk from our hotel.

Over a dinner with the mayor, I suggested the wetlands could continue as the ‘kidneys of the city,’ purifying the waters that ran through—only if encroachment stopped. The wetlands were a natural treasure as the Dalai Lama’s Potala palace was a cultural treasure; the Potala towered at the eastern end of the wetlands. Everyone thought protection of the massive 1,500 acres made sense … but there was no budget for a big national park inside the city. (My fund sources were all being used around Everest.)

Then the idea: the mayor had a budget for roads. Build a circular road all around the wetlands, and use the mayor’s authority in zoning to prohibit construction on the wetlands side of the road. Every quickly, what has been squatter housing turned into high-value real estate, and today 10 and 15 story high buildings circle the wetlands, and the city of Lhasa has expanded five-fold.

Most Beautiful Valley in the World - Everest's Hidden Eastern Valley

This valley is hidden, locked off from the rest of the Himalaya. A few passes allow entry--but even they are very high (17,000 feet). The Gama Valley really is hidden.

Once inside the valley, towering above and around are the highest mountains in the world: Everest, Lhotse (world's 4th highest), Makalu (5th highest), and the splendid Chomolonzo.

The valley floor extends down to 8,000 feet—this means there is a 21,000 foot elevation difference between the summits at the top of the valley and the valley’s floor where the Gama River enters the Arun River, with its waters then ultimately flowing into the Ganges.

So in that lower wet valley there is fantastic biological diversity with trees six feet in diameter and meadows of flowers.

When the 1921 British Reconnaissance Expedition (which was searching for Mt Everest) discovered this valley, they called it "The Most Beautiful Valley in the World." 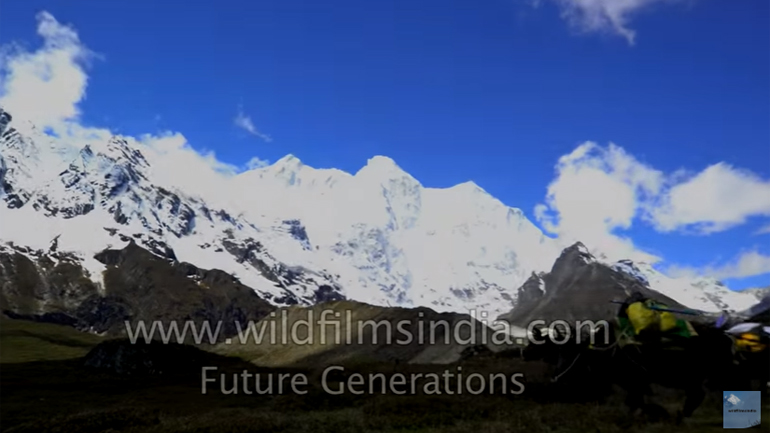 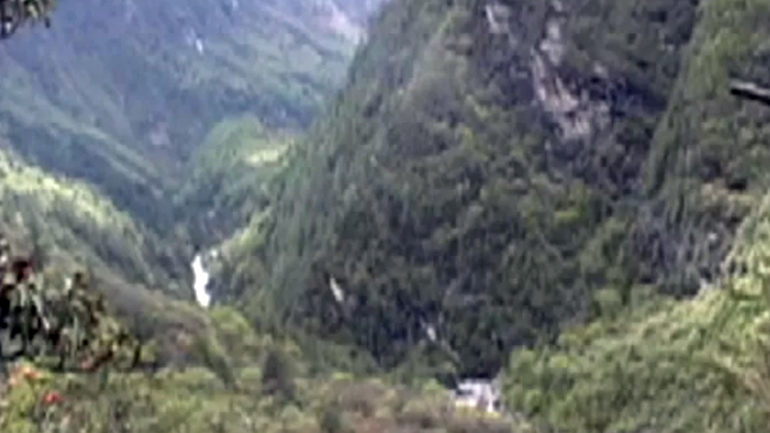